In 1836 the ship Stirling Castle was wrecked of the coast of Queensland, captained by Mr Fraser and accompanied by his wife Eliza. They and some of the crew, with great hardship managed to make land on Fraser Is. Many diverse stories of Elisa’s time on the island have been told she was separated from her husband, stripped naked and taken over by the local tribe and thrust into an alien environment. I felt she must have had exceptional bravery and endurance just to survive.

“Contemplating the prospect of Elisa’s life experience of 6 weeks of deprivation, of life stripped down, both literally and figuratively - touched Judith in a visceral way and she felt compelled through her chosen expressive form, her art. Eschewing her more abstract expressionist style, with the Elisa Fraser series she embraced figurative forms that suggested and created a series of vibrant works that depict Elisa’s emotional state and the islands physical world. What has emerged is a striking series of paintings where increasingly wraith-like figures float upon landscapes and pools of colour. It is the nature of Elisa’s experiences over the next 6 weeks up to and including her rescue that is the subject of Judith’s paintings. Judith takes us into the world of the island and into Elisa’s world, her humanity, her desperation, her courage and endurance”.

A book “Face of Tragedy” reimagining the Elisa Fraser Saga compiled by Rex Backhaus-Smith with paintings Judith Laws, was published in 2014. 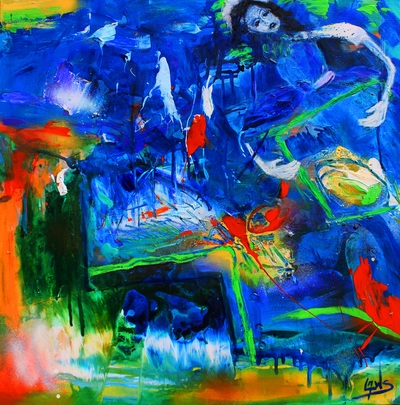 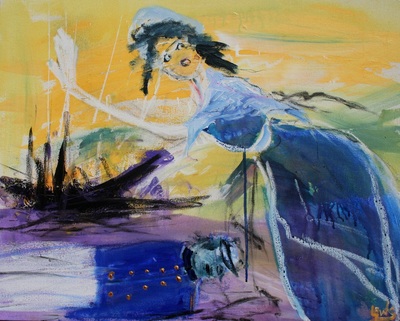 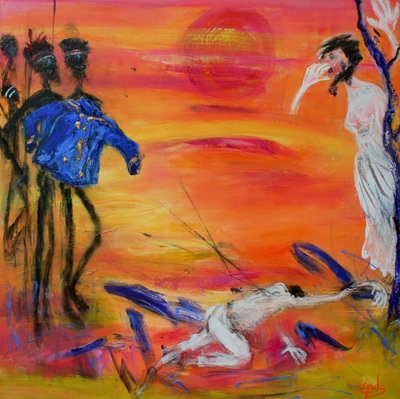 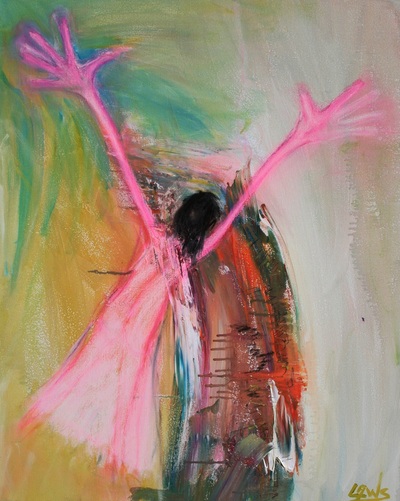 4. Cry for Help, Acrylic 75x60cm
Many diverse stories about Mrs. Fraser have been recorded. (some of which she wrote herself). I have been intrigued by the whole saga and it has appealed enormously to my imagination. I feel that she must have had tremendous courage to survive the many hardships that she endured, including the death of her husband, Captain Fraser, by spearing. Her eventual rescue by the convict John Graham is recorded in history as one of many versions. 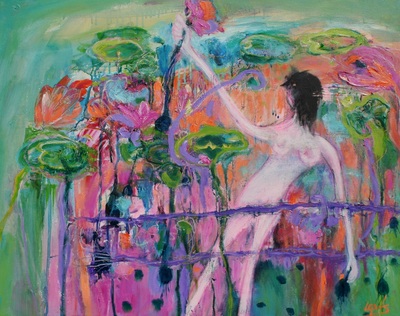 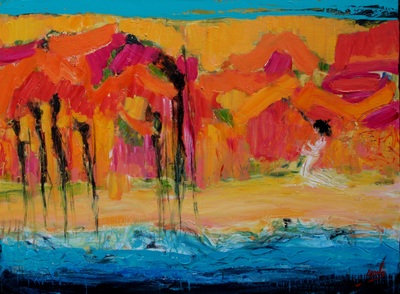 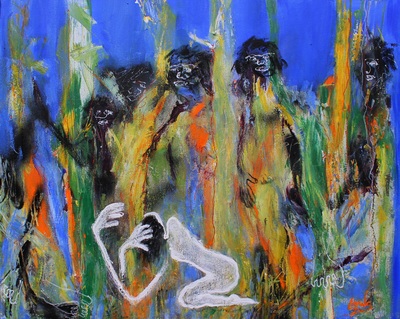 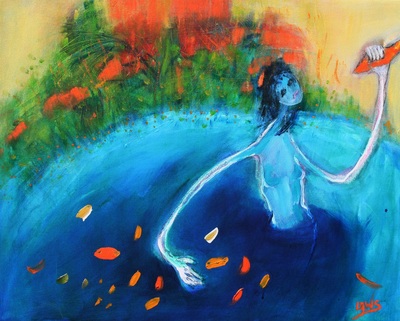 7. Food Gatherer 2, Acrylic 60x75cm
My own interpretation in paint on canvas does not show Mrs. Fraser as a romantic figure, but rather as a brave ordinary woman weighed down by circumstances beyond her control – a woman alone with savages merely surviving despite the hardships. 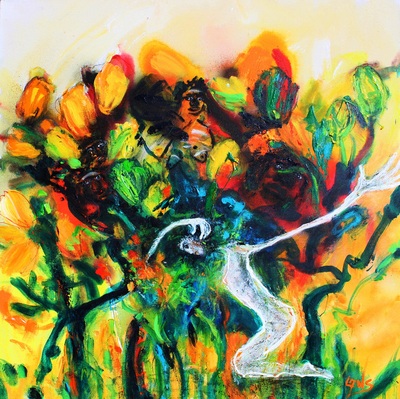 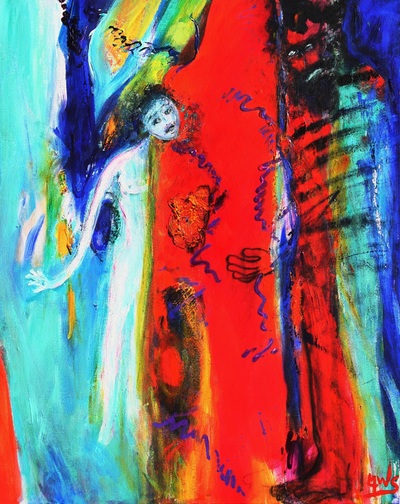 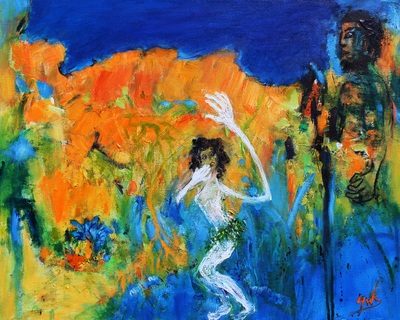 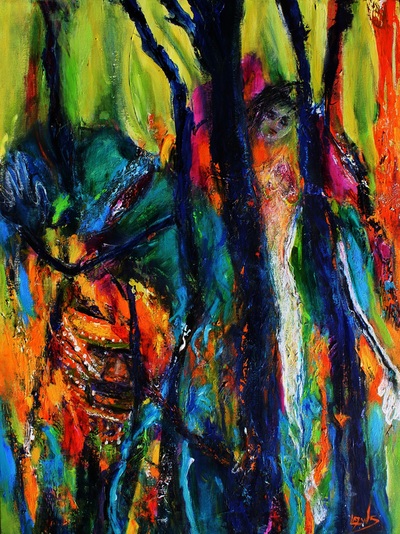 12. Sounds of Corroboree, Acrylic 100x75cm
In some paintings I have chosen to distort arms and hands, feeing that this gives more pathos to the figures. Except for the painting of the shipwreck where Captain and Mrs. Fraser are on shore, I have painted her naked and vulnerable in all other works. I have used stripes, rather than arrows, to depict the presence of convicts, feeling that stripes work better in the overall theme and background. 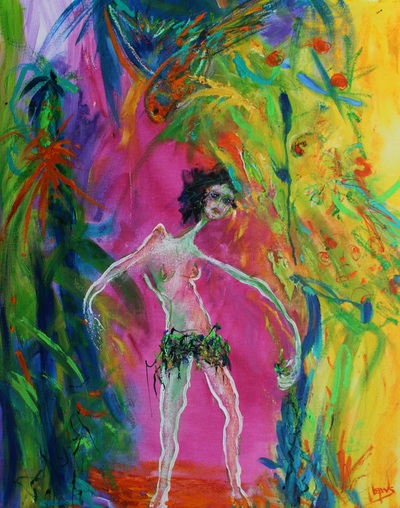 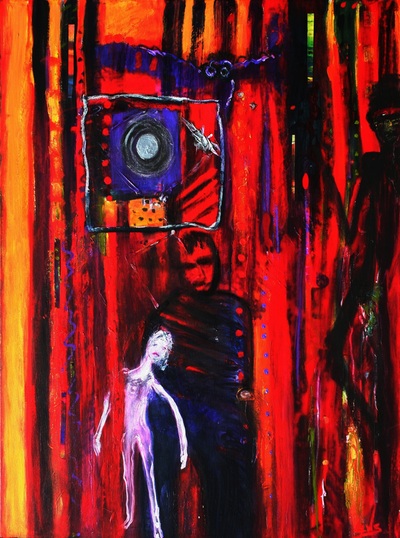 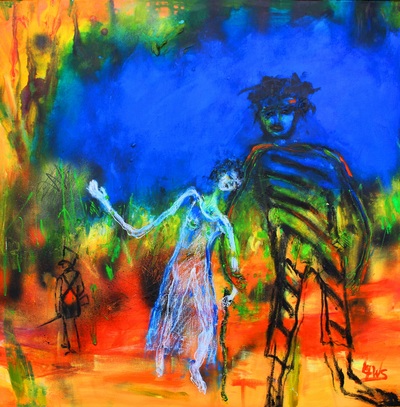 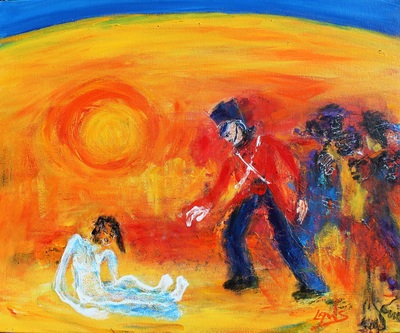 16. Deliverence, Acrylic. 60x75cm
I had thought that “ Mrs. Fraser’s Rescue” would be the final in the series, but it was not the end of her story. In my final painting I have shown Mrs. Fraser “taking tea” with some of the ladies of Sydney who were very charitable giving her clothes and money as she tells her amazing story. 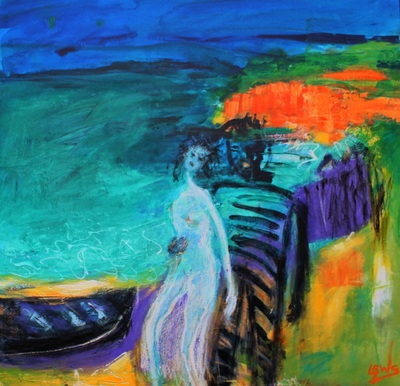 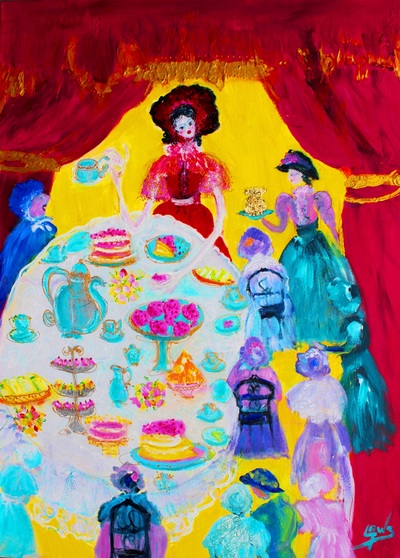